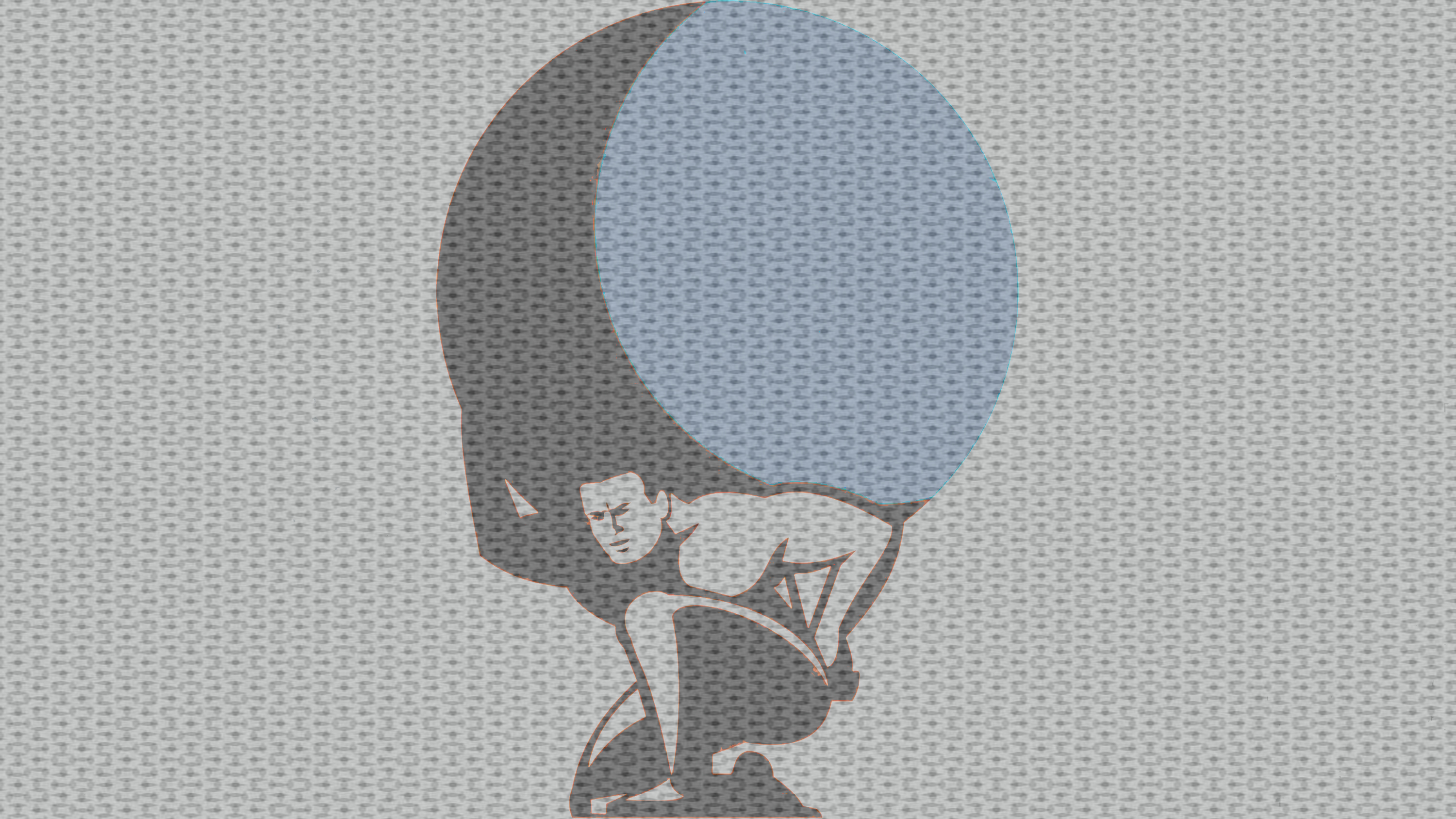 I have several friends in ministry who recently unplugged from social media. When a particular flashbulb, social media incident precipitated angst and outrage on "Christian twitter," my friends remained calm and steady. When I asked if they had heard about such and such an occurrence, they nonchalantly shrugged it off. I was envious of the freedom they were evidently experiencing. They were not carrying burdens they did not need to carry. They were proving something I have thought about for years. If Neil Postman was right when he warned that we are "amusing ourselves to death," I am concerned that we are "burdening ourselves to death." We are carrying burdens that we were never meant to bear.

Since the advent of the internet, globalized news has become a localized phenomenon. Information about some event or tragedy that happened on the other side of the world becomes our news. What would have taken several months to reach a certain part of the world now takes seconds. We are more informed than ever, and simultaneously more stressed out and outraged than ever. The sensory overload of the world streaming into our brains has an impact on how we process what is in front of us. I have heard of pastors and congregants in otherwise solid churches having nervous breakdowns this past year, on account of an inability to handle the stress of what they read online.

If a particular event wasn't a burden we were meant to carry, our response will be one of the following: a) We can simply ignore it, b) we can endlessly lecture everyone else about what went wrong and why it went wrong, c) we can seek to advance a supposed solution to something that may not be directly pertinent to our context and calling, or d) we could be feeling so utterly overwhelmed and discouraged by the combination of things that are and aren't our concern, that it leads to inaction in both areas and crushing guilt. While the first response may be most fitting, indifference will be met with condemnation by those who choose to respond in the latter two ways. The problem with the second response is that it results in virtue signaling. All of us feel better about ourselves when we have pontificated on a particular matter, even when we know it is not without the power of our hands to do anything about it. The third response places a burden on those around us to give the better part of their time and energy to something that is not within the immediate sphere of their context and calling. The fourth response is where most people find themselves at present--unnecessarily demoralized and defeated. So how can we navigate life in this information and reaction overload world?

1. Abide in the Word. A friend of mine recently said, "I wish there were a book that could help us navigate these treacherous times. Oh wait, there is. . .the Proverbs." Christians are called to keep their minds focused on the revelation of God in Scripture. As the Apostle Paul taught, "let the word of Christ dwell in you richly" (Col. 3:16). This means that believers should be filling their minds with God's word throughout the day. We need to be reading and meditating on the word of God. As we do so, we will be better equipped to rightly respond to whatever is streaming through the internet. Robert Murray McCheyne once famously said, "For every look at self–take ten looks at Christ." In the same way, we can say, "For every one look at media, take ten looks to Scripture." As we do, we will find that we will be equipped to better navigate whatever streams in front of us. We will know if, when, or how to respond to a national or global matter. Most importantly, we will keep the gospel central to our response.

2. Continue in Prayer. The best way to respond to any burden we feel in our souls is to carry it to God in prayer. If the Lord tells us to cast (lit. roll) our personal burdens onto Him, how much more should we instinctively feel the need to roll the burdens of the world onto Him. Who can better deal with the tragedies and injustices of life than the infinite and eternal God who is sovereign over all (Rom. 11:36). If we would turn to Him in prayer, rather than to the internet in outrage, we would find that promise of the peace that passes all understanding (Phil. 4:6–7). This is the solution to burdening ourselves to death.

3. Prioritize Immediate Relations. There will be plenty of burdens for us to carry in our personal lives, among our family members, and in our local churches. It would do us good to embrace Augustine's principle of moral proximity. In On Christian Doctrine, Augustine wrote,

"All men are to be loved equally. But since you cannot do good to all, you are to pay special regard to those who, by the accidents of time, or place, or circumstance, are brought into closer connection with you. For, suppose that you had a great deal of some commodity, and felt bound to give it away to somebody who had none, and that it could not be given to more than one person; if two persons presented themselves, neither of whom had either from need or relationship a greater claim upon you than the other, you could do nothing fairer than choose by lot to which you would give what could not be given to both. Just so among men: since you cannot consult for the good of them all, you must take the matter as decided for you by a sort of lot, according as each man happens for the time being to be more closely connected with you."

There are plenty of need with which to concern ourselves among our immediate connections. There will always be those around us who have suffered loss and need to be comforted. There are those who are going through times of sickness, trial, loneliness, or need. Add to this, the fact that every local church has need of its members to be engaged in a variety of capacities in Christian service. The church needs members to help it fulfill its divine calling by giving, praying, worshiping, and serving. There is always a need to care for the children and elderly in the church. We can never be fervent enough in helping the church in its outreach and hospitality. We have more than enough opportunities to encourage and pray for the members of the church we attend.

God calls us to focus on what He has placed in front of us in our personal lives, families, and the church. If we are not neglecting these, and we have time left over, we are called to care about the needs of the community. However, we should never reverse the order. As Paul told the Galatians, "As we have opportunity, let us do good to all--especially to those of the household of faith" (Gal. 6:10). The Apostle Paul charged the members of the church in Galatia to "bear one another's burdens" (Gal. 6:2), not to "bear the burdens of the entire world."

We must resist the temptation to carry burdens we were never meant to carry. If we fail to settle into the callings to which God has called us, we will find that we are merely "burdening ourselves to death." The Lord calls His people to be useful and fruitful in the service of His kingdom. In order to do so, we have to be a people who abide in His word, continue in prayer, and prioritize our immediate relations. As we do so, we will discover that we are helping to unburden a people who are seeking to carry burdens they were never meant to bear.

*This post was updated from its original publication, based on imput from a friend, to reflect the forth response to having the weight of the world placed on you via media and social media.