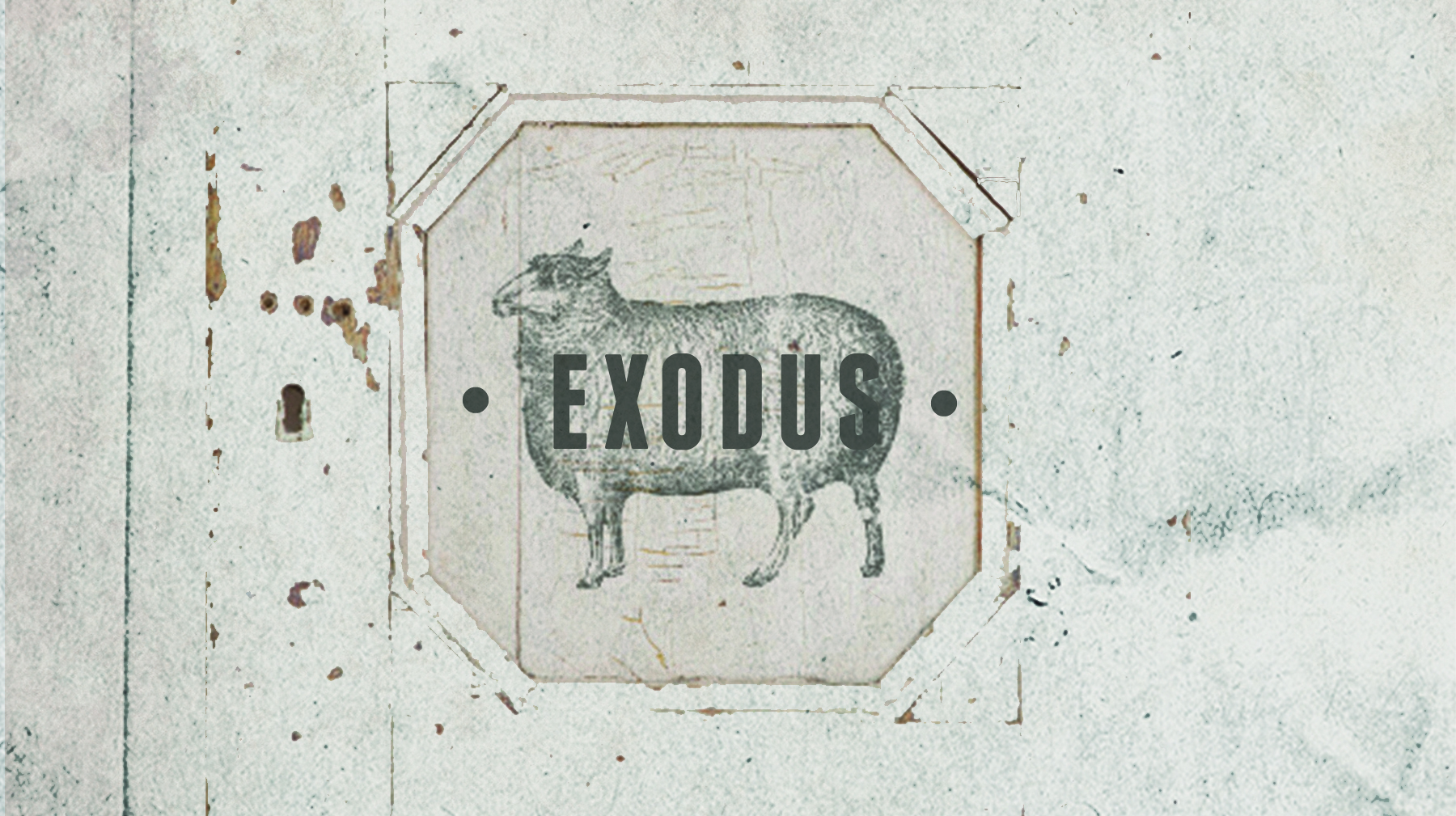 The exodus is the great redemptive act of the Old Testament. There is no other act of God that so clearly captures the essence of the redeption that He provides for His people in the Old Testament. Yet, the exodus of Israel out of Egypt was typical of the greater exodus that the people of God have through the death, burial, and resurrection of Christ.

Jesus spoke of His death as "ἔξοδον αὐτοῦ" (His exodus) "ἣν ἤμελλεν πληροῦν ἐν Ἰερουσαλήμ" (which He was about to accomplish in Jerusalem" (Luke 9:31). As God delivered Israel out of the bondage of Pharoah and the Egyptians, so Jesus redeems His people from Satan, sin, and death. As Israel passed through the Red Sea on the dry land that appeared out of the waters (a picture of new creation), so Jesus brings about a new creation through His atoning sacrifice on the cross, and His resurrection from the dead (2 Cor. 5:17).

The exodus of Israel out of Egypt was typical of the ultimate spiritual exodus believers experience through the redeeming work of Christ; nevertheless, the relationship of the Old and the New Testaments are united in the redemptive purposes of God–from Genesis 3:15 to the fulfillment of all things in Christ. One can err in only seeing Israel's exodus out of Egypt as a physical deliverance. Geerhardus Vos explained the spiritual nature of Israel's typical exodus, when he wrote,

"Redemption is here portrayed as before everything else a deliverance from an objective realm of sin and evil. The favorite individualizing and internalizing of sin finds no support here. No people of God can spring into existence without being cut loose from a world opposed to God and to themselves in their very origin. The Egyptian power is in this respect as truly typical as the divine power that wrought the deliverance. Its attitude and activity were shaped with this in view. What held under the Hebrews was not mere political dependence, but harsh bondage. Their condition is represented as a condition of slavery. The Egyptians exploited them for selfish ends regardless of Israel's own welfare. Ever since, redemption has attached to itself this imagery of enslavement to an alien power. John 8:33-36, as well as Rom. 8:20-21, reach back into these far origins."

He further explained how the Israelites were being delivered from the demonic gods (idols) of Egypt, when he noted,

"This kingdom of evil headed up in Pharaoh embraces first of atl the human elements of paganism. Probably, however, the account does not mean to confine it to this. Sin is at every point more than the sum-total of purely human influences it brings to bear upon its victims. A religious, demonic background is thrown back of the human figures that move across the canvass. Not merely the Egyptians, but likewise the Egyptians' gods are involved in the conflict. The plagues come in here for notice. They are inextricably mixed up with the Egyptian idolatry. This idolatry was nature-worship embracing the good and beneficent as well as the evil and baneful aspects of nature. Jehovah, in making these harm their own worshippers, shows His superiority to this whole realm of evil. This is stated in so many words : "Against all the gods of Egypt I will execute judgment: I am jehovah" (Ex. 12:12). The same demonic powers that were concerned in the antitypical redemption wrought by Christ, and there displayed their intensest activity, had a hand in this opposition to the redemption from Egypt."

The end goal of God's work of redemption in the exodus was to bring His people to a right understanding of who He is (i.e., the great 'I AM') and to how He is to be worshiped in truth. In this sense, it may be rightly asserted that Israel experienced a true spiritual deliverance from Satan, sin, and death.

There is, however, a difference between what Israel experienced coporately and what true believers–both in the Old and New Covenants–experience by faith in Christ. The writer of Hebrews spares no warning for professing believers and their children in the New Covenanrt era. They may have the word and works of God manifest to them in their external forms, and yet the word may not be mixed with faith in those who hear it (Heb. 3:14–4:2). Only those who hold fast to Christ can be said to have experienced the true, spiritual and eternal redemption wrought by Christ. Only those who continue in the faith can be said to be partakers of the eternal blessings of God in Christ.

Israel's repeated apostacies in the wilderness support the idea that they were not all the recipients of the eternal salvation purchased by Christ. Vos again explained,

"The history of the wilderness journey with its repeated apostasies, such as the worship of the golden calf, becomes unintelligible, unless we may assume that the people had left Egypt in a corrupt state religiously. Perhaps also the worship of the calf-image, and the demon-worship related in Lev. 17 :7, might be interpreted as of Egyptian origin."

Surely there were those among the Israelites who understood by the working of the Spirit of God the spiritual nature of the exodus. There was always a remnant who looked passed the type of the Passover lamb to the anti-typical Passover Lamb, Jesus Christ. Like Abraham before them, there were, among the first generation of Israel, those Israelites who "saw Jesus' day and rejoiced to see it and were glad" (John 8:56).

The exodus of Israel from Egypt is to remind us of the anti-typical exodus that Jesus has already accomplished through His death and resurrection. What all mankind needs more than anything is to experience the true exodus from Satan, sin, and death. As Vos observed, "No people of God can spring into existence without being cut loose from a world opposed to God and to themselves in their very origin." May we seek to help others see their need for this exodus, while we anticipate the full realization of what Christ has already accomplished in the resurrection of glory on the last day.