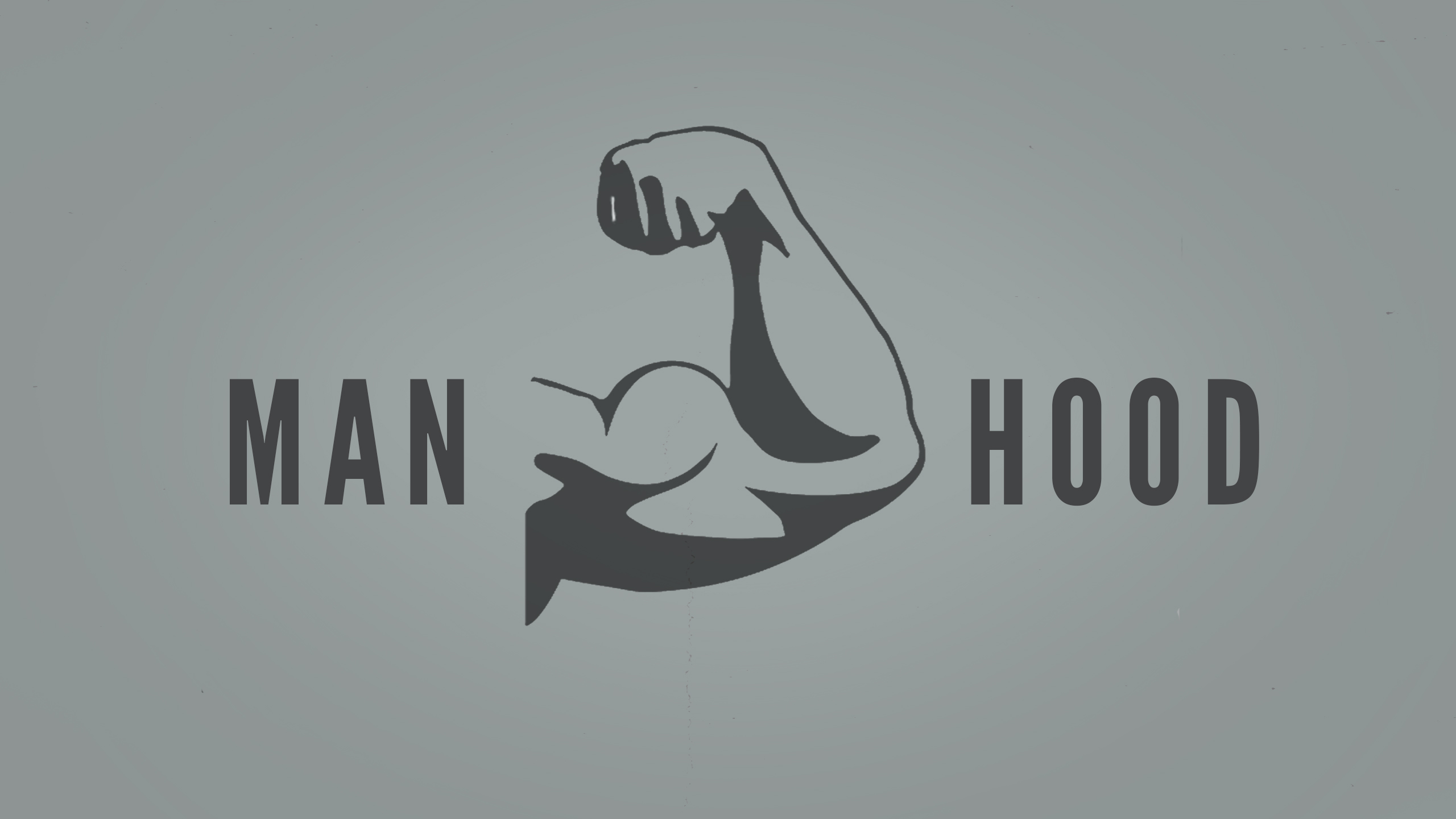 At a time when there is more confusion in the culture about gender and role relations, it would help us to take a step back and consider what Scripture sets forth as the model of manhood, namely, the Lord Jesus. Much of what passes as a call to manhood from certain quarters of the church today is nothing other than a parading of machismo austerity, whereas so much of what passes as a critique of "patriarchalism" is nothing other than a sophisticatedly repackaged egalitarianism. The biblical picture of manhood is much more complex and dynamic than most of the models with which we are presented.

No one reveals true manhood more than Jesus. The Christ who boldly threw tables over in the Temple and faithfully rebuked evil religious leaders, is the same Jesus who compassionately dealt with the sick and the sinful, loving laid down His life for His people, and affectionately allowed Himself to be leaned upon by the Apostle John. Jesus teaches us that manhood is not first and foremost a sort of grizzly outdoorsmanship. Rather, in Christ we find the complexity of characteristics that God intended for Adam to embody at creation. Jesus is the Last Adam, the head of a redeemed humanity. Jesus was more fully human, and more fully man, than any other man who has ever lived.

While there is no particular order in which we can set forth the characteristics of true manhood as embodied by Jesus, Scripture places His gentleness and humility front and center. A cameo of Jesus in the gospels reveals One who was supremely marked by gentleness and humility. As B.B. Warfield once explained,

"[Jesus] himself, on a great occasion, sums up his individual character (in express contrast with other individuals) in the declaration, 'I am meek and lowly of heart.' And no impression was left by his life-manifestation more deeply imprinted upon the consciousness of his followers than that of the noble humility of his bearing. It was by the 'meekness and gentleness of Christ' that they encouraged one another to a life becoming a Christian man’s profession (2 Cor. 10:1); for 'the patience of Christ' that they prayed in behalf of one another as a blessing worthy to be set in their aspirations by the side of the “love of God” (2 Thess. 3:5); to the imitation of Christ’s meek acceptance of undeserved outrages that they exhorted one another in persecution — 'because Christ also suffered for sin, leaving you an example, that ye should follow in his steps; who did no sin, neither was guile found in his mouth; who, when he was reviled, reviled not again; when he suffered, threatened not; but committed himself to him that judges righteously' (1 Pet. 2:21-23)."

The complexity of true manhood embodied by Jesus is seen in the way in which His holy meekness resulted in righteous angry toward evil. Warfield again explained,

"Meekness in our Lord was not a weak bearing of evils, but a strong forbearance in the presence of evil. It was not so much a fundamental characteristic of a nature constitutionally averse to asserting itself, as a voluntary submission of a strong person bent on an end. It did not, therefore, so much give way before indignation when the tension became too great for it to bear up against it, as coexist with a burning indignation at all that was evil, in a perfect equipoise which knew no wavering to this side or that."

This aspect of the manhood of Christ is evident in His act of purifying the place of His Father's worship (John 2:13-22), and in His anger over the effects of death when He stood at the tomb of Lazarus (John 11:33, 38). At the tomb of Lazarus, John tells us that Jesus was literally "moved with indignation" (the force of language is not captured in many of our English translations). There is no conflict between the meekness of Christ and His righteous anger. The two characteristics work together in perfect harmony. The righteous anger of Jesus toward death and its effects at the tomb of Lazarus led Him to weep with Mary (John 11:37).

Though Jesus’ righteous anger led him to weep with Mary, it was love that led Him to rebuke the religious leaders in Israel for the spiritual harm they were causing the people. Wherever He saw the truth of God perverted in the teaching and lives of the Pharisees, Scribes, Chief Priests, and Sadducees, he confronted it was a directness and righteous anger. The Savior did not refute the religious leaders in order to parade His boldness, as so many do in our day. He did so out of a desire to see people come to a knowledge of the truth. He did so out of love for God and men.

The righteous anger of Jesus was also always driven by His love of the truth. Above all else, Jesus was a man of truth. He made that bold declaration, "I am the Way, the Truth, and the Life. No one comes to the Father except through Me" (John 14:6). Jesus always spoke and acted in truth. There was no unrighteousness in Him. As the High Priest of His people, Jesus had to be perfectly "holy, innocent, unstained, separated from sinners" (John 7:26). Truth was a defining characteristic of the true manhood of Jesus.

Though Jesus was a man of righteous anger and love of the truth, He was also the man of patience par excellence. Arno Gaebelein captured the essence of this patience so well, when he wrote,

“Patience in all its fulness and perfection the Son of God exhibited in His earthly life. Whenever we look in the Gospels, we behold this calm, quiet, restful patience. His whole life here on earth is but a continued record of patience. In patience His childhood was spent, and when in His twelfth year the Glory of His Deity flashed forth we read ‘He went down with them, and came to Nazareth, and was subject unto them.’ In patience, He whose mighty power had called the universe in existence, toiled on, content in Nazareth, submissive to the Father, till after many years the day would come, when the work He had come to do should be begun and finished. To describe that Patience during His public ministry from Nazareth, where He had been brought up, to Golgotha, would necessitate a close scrutiny of every step of the way, every act and every utterance which came from His holy lips.”

Think how long He bore with His disciples when they argued with one another over which of them was greatest (Luke 9:46; 22:24). Jesus was so patient with Peter after he had denied Him three times (John 20:15-19). In all of His dealings with His disciples, Jesus exemplified a patience that is rarely seen in men. True manhood is marked by this exhibition of patience.

Consider then Christ's courageous boldness. The courage of Jesus was marked by the fact that He constantly had an eye to the glory of God. Jesus did not fear men because He sought the glory of the One who sent Him (John 7:18). Jesus was the most courageous man who ever lived. Elizabeth Elliot captures this so well, in her book The Mark of a Man. She writes,

"Jesus. . .showed us, in ordinary, everyday terms, what courage looked like. Consider a moment on His last night before the crucifixion. After praying the great prayer of John 17 He had gone with the disciples to the accustomed place, a peaceful garden, where Judas knew he could find Him. Judas arrives with the guard and officers provided by Jesus' archenemies, the chief priests and Pharisees. They came with lanterns and torches and weapons. A man's natural instinct would be to flee and hide.

'Jesus fully realizing all that was going to happen to him, went forward and said to them, 'Who are you looking for?' It was a demonstration of quiet courage; born of the knowledge that He was held by the sovereign will of His Father. It was a purely and thoroughly manly act."

Of course, no one can read the gospel records without immediately having his mind and heart gripped by the compassion of Jesus toward the sick and the sinful. Every miracle of healing and every overture of grace to sinners is revealing the magnitude of compassion in the heart of Christ. True manhood is marked by compassion. While the world feigns admiration for compassion, it really views it as weakness. Rather, true compassion is one of the most glorious strengths embodied by the Savior.

The whole of Christ's life culminating in His death reveals that true manhood is marked by sacrificial love. Jesus demonstrates what perfect manhood looks like in the act of sacrificing Himself for the redemption of His people. While Jesus did not have a wife during His earthly ministry, each person that He purchased with His blood form the church, the bride of Christ. The relation that he stands in connection with His bride is set out so magnificently in Ephesians 5:22-33. While God calls wives to submit to their husbands "as the church submits to Christ;" He calls husband to love their wives "as Christ loved the church and gave Himself up for her. . ." This is so much a mark of true manhood–a willingness to lay down your life for the spiritual wellbeing of another.

In association with the sacrificial love of Jesus (which is, of course, the most pronounced characteristic when we look at the cross) is the affection of Christ for His people. The righteous indignation and the courageous boldness of Jesus were not so off-putting that the Apostle John felt as though He could not lean back against him at dinner in the Upper Room (John 13:25). There was a deep emotional bond between Christ and the "beloved disciple” that made John feel comfortable enough to lean back against the Savior. In a culture that celebrates sinful effeminacy, many fall into the opposite extreme of failing to see that true manhood involves holy affection in close friendships. This was true of David and Jonathan (1 Sam. 18:1, 3; 20:17). It is equally true of Christ and close friend.

These are merely a few of the characteristics of true manhood embodied by Jesus. When we think about what a man should be in the multi-variegated relations in which we stand one to another, we should seek to have as complex a picture of manhood as that which we find in Jesus. Though He is God over all (Rom. 9:5), He is man in the fullest and truest sense of the term. As God works in the lives of those who are united to Christ, the character of Jesus begins to be shaped and formed in them. If Christian men are to become what God intends for them to become, they will begin to manifest the gentleness and humility, righteous anger, truthfulness, patience, courage, sacrificial love, and affection of Christ in their lives. No truncated picture of manhood can serve as an adequate replacement for what we find exemplified in Jesus in Scripture.