The Book of Job in Redemptive History 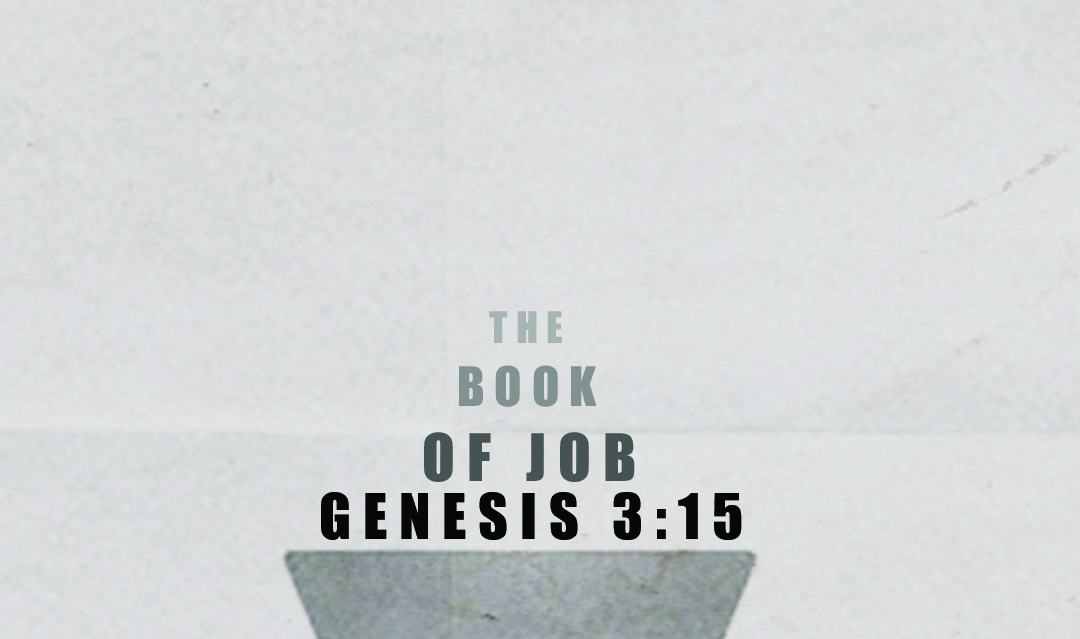 Many have struggled to understand the book of Job. What is this mysterious book teaching about this righteous sufferer who was afflicted by the devil, discouraged by his wife, and falsely accused by his friends? Why did God sovereignly arrange the circumstances of his being tested and tried? These are questions that have led Christians to embrace the wide array of biblical teaching on the justice and goodness of our sovereign God; as well as to the example of how to perserve under affliction and suffering at the hands of Satan and men. However, other questions need to be answered when approaching the book of Job--namely, what place does this book hold in redemptive history? How does it relate to the fulfillment of all things in Christ?

In his essay "Trial by Ordeal,' Meredith Kline tied the teaching of the book of Job directly to Genersis 3:14–15. Concerning God's approach to Satan in setting the stage for what would tanspire, he wrote,

"It was the Lord who initiated the battle with a self-glorifying, challenging claim: 'Have you considered my servant Job...an upright man and one that fears God' (Job 1:8). In effect, God was telling Satan that the ancient curse pronounced against him in Eden (Gen. 3:14, 15) was in process of inexorable fulfillment: out of mankind in its covenant of death with the Devil, God was reconciling to himself a new mankind, called to engage in holy war against the Serpent and promised in that warfare an ultimate absolute triumph."

This is a profound observation. We cannot understand the book of Job unless we tie it to the original proclamation of the gospel. God had promised to send the seed of the woman to crush the head of the serpent (Gen. 3:15). By this promise of redemption in Christ, God would redeem a people to himself from the fallen mass of humanity--the human race that had been led into rebellion against God by means of Satan's temptations. Now, in the temptation, deliverance, and restoration of Job, God prefigured what he would do throughout the remainder of redemptive history in vidicating His own righteous, just, and gracious character.

Everything in the narrative of the book of Job is thrown against the background of the divine lawcourt. God, who needs no vidication, will nevertheless vindicate Himself and His servant Job. Kline went on to explain this when he wrote,

"Since Satan had in reality directed charges against the Lord as well as Job, the Lord was one of the litigants in the case. Because of this dual role of the Lord as Judge and litigant, for Satan to struggle to prevail over the ordeal power of the divine Judge, the God of the ordeal, was at the same time to enter into personal combat against the one who was his legal adversary. In this lawsuit, then, Satan was engaged in a judicial ordeal by duel with the Lord God."

However, God was also at work in these ordeals to justify His servant Job.

"Though the trial had turned out to be of a kind that Job hardly anticipated, it was at his own clamant insistence that his ordeal struggle with the Lord eventually took on more particularly the character of a court trial. Throughout the debate with the three friends of Job voiced ever more desperately his plea for such a trial. Let come what may, he must have the privilege of a judicial audience with God. Guilty Adam hidden from the parousia of his Judge (Job 33:1; Gen. 3:8), but innocent Job let it be known that he had no intention of behaving like Adam, if ever God would grant his request for a fair trial."

Ultimately, Job learned that the infinitely righteous God was the one with whom he had to deal. After Job set out his defense in his debate with his three friends and Elihu, the Lord confronted Job. Kline again wrote,

"Thus challenged by God, Job succumbed, acknowledginng as too wonderful for him the wisdom of the Creator embodied in the champion that confronted him (Job 42:1–6).

This is the turning point of the entire trial. When Job acknowledged his sinful words, he was vindicated by God.

"Overwhelmed in the divine ordeal, Job nevertheless receives a verdict of justification (Job 42:7–9) and the blessing of twofold restoration (Job 42:10–17). Job the vanquished is Job the triumphant. Like Jacob-Israel, Job triumphed by the tears and supplications of his vanquished, contrite heart. By the confession, 'I abhor myself and repent' (Job 42:6, he prevailed with God."

This is a beautiful picture of the way in which God redeems and restores all of His people through the saving work of the God-man, Jesus Christ. Jesus, the Seed of the woman, is the greater Job who endured the temptations of the evil one and who wrestled with God in the Garden. He is the ultimate Servant of the Lord (Isaiah 42:1) who would suffer in order to justify His people (Isaiah 53:11). Like Job, Jesus cried out to God in helplessness. The writer of Hebrews tells us that "in the days of his flesh, Jesus offered up prayers and supplications, with loud cries and tears, to him who was able to save him from death, and he was heard because of his reverence. Although he was a Son, he learned obedience through what he suffered" (Heb. 5:7–8). Jesus conquered his accuser and vanquished the sins of His people on the cross. In the resurrection from the dead, Jesus was vindicated and God was vindicated in Him. He thus becomes the captain of salvation to all who trust in Him and suffer with Him.

Finally, Kline concluded his observations on the relationship between the book of Job and Genesis 3:15, when he wrote,

"By his victory in his wrestling ordeal with Job, the Lord proved the victor in his ordeal-conflict against Satan In this fateful ordeal, the Lord, the God of judgment ordeal, the Judge of all the earth, had spoken. He had revealed decisively through his champion Job's victory over the draconic adversary that his gospel-decree of Genesis 3:14, 15 was sovereign and true: God the Creator would at last destroy the devil and by redemptive re-creation raise up a new mankind consecrated forever to the service of his glory."

All those who are savingly united to Jesus Christ by faith will also be tempted, tried, and ultimately justified. We are justified because of the perfection of the saving work of Christ, the Seed of the Woman. We will understand more of the sovereignty, righteousness, and grace of God as we read the book of Job in light of Genesis 3:15.