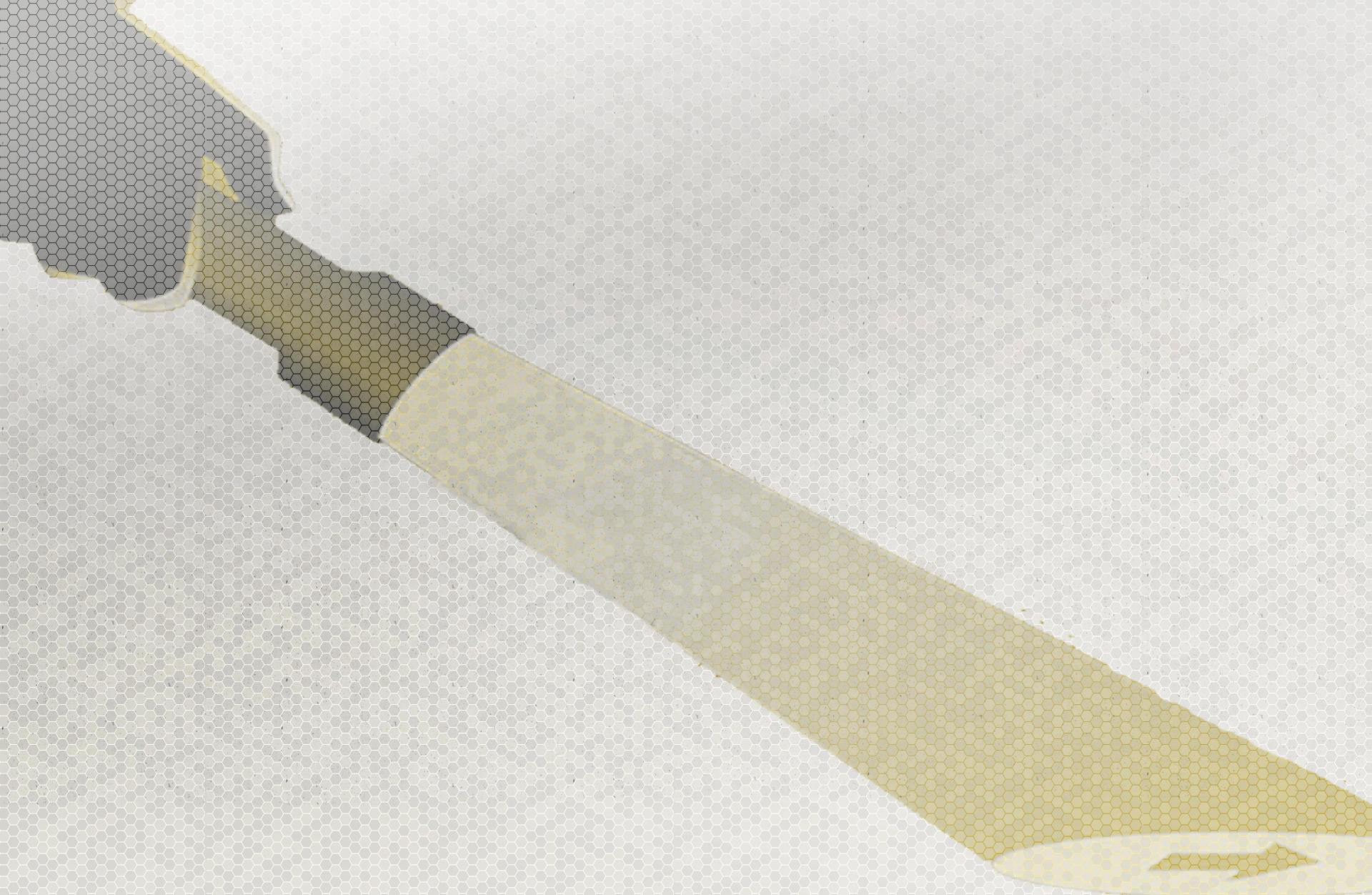 With the potential for the entire world to stream into our minds and hearts by means of the internet, it is safe to conclude that there has never been a time when Christians needed discernment so much as at present. But what is discernment? How do we get it? And, in what areas of our lives does God call us to exercise it? These are some of the more important questions upon which we ought to focus our attention, for the simple reason that there is a noticeable lack of discernment in the church and in our own hearts and lives.

Sinclair Ferguson rightly noted that discernment is not simply to be exercised with regard to false teaching that threatens the truth of God among believers. He writes,

"Most of us doubtless want to distance ourselves from what might be regarded as 'the lunatic fringe' of contemporary Christianity. We are on our guard against being led astray by false teachers. But there is more to discernment than this. True discernment means not only distinguishing the right from the wrong; it means distinguishing the primary from the secondary, the essential from the indifferent, and the permanent from the transient. And, yes, it means distinguishing between the good and the better, and even between the better and the best." 1

Discernment keeps us from erring in that upon which we focus our attention and in what we emphasize. It ensures that we value what God values and hold loosely to what we ought to hold loosely. To this end, we desperately need to discover the source of discernment.

Writing to a congregation beset by the threat of their own sin within, as well as the persecution from the Jewish community without, the author of Hebrews brought an indictment against those who were listening to false teachers. He observed,

"You have become dull of hearing. For though by this time you ought to be teachers, you need someone to teach you again the basic principles of the oracles of God. You need milk, not solid food, for everyone who lives on milk is unskilled in the word of righteousness, since he is a child. But solid food is for the mature, for those who have their powers of discernment trained by constant practice to distinguish good from evil" (Heb. 5:11–14).

The believers to whom the letter was written needed to "have their powers of discernment trained." They needed the solid food of Scripture. In the context, the solid food is tantamount to the deep things of Christ (Heb. 6:1). The "good and evil" between which they were to distinguish were the truths about the fulfillment of all things in Christ (i.e., the once-for-all sacrifice of Christ, the great High Priesthood of Christ, the continual intercession of Christ, the superiority of the new covenant over the old covenant, and the need to continue to live by faith in Christ) in contrast with the weak and beggerly elements of the world. There was also their need to heed the warnings about departing from the faith, by a willful embrace of their former sinful lives (Heb. 6:4–8; 10:26–31). The promises and the warnings of Scripture, with a focus on Christ, was the source of training discernment in the minds of hearts of believers.

Discernment must be exercised by Christians both in the personal and public realm. It must shine the light of the truth of Scripture on what is within and on that without. As the writer to Hebrews makes clear throughout the letter, believers must discern the sin within their own hearts––in order to gaurd against it––while recognizing the threat of false teachers and persecution from without. An "evil heart of unbelief" and "sinning deliberately" (i.e., rejecting the gospel and turning back to a life of sin) is the inward enemy (Heb. 3:12). The temptation to concede to false teaching in order to avoid "being publicly exposed to reproach and affliction" is an outward enemy (10:33).

Of course, we are susceptible to running the risk of limiting the exercise of discernment to one of two directions--either outwardly or inwardly. I have known individuals who were once consumed with refuting theological error without who now are no longer walking in the truth. They failed to give a discerning eye to their own sin. It is possible to so flaunt discernment without that it becomes a cover for being delinquent in exercising it within. We can so fixate on refuting the sin of others--even the theological errors of cults and charlatans--to such an extent that we fail to address our own sin and need for grace. Believers must guard against hiding their personal sin under the cloak of ecclesiastical discernment. An evident lack of humility and gentleness betrays the fact that many discernment bloggers of our day seem to lack a self-awareness of their own sinful inclinations. A hyper-fixation with refuting the error of the prosperity gospel (which we must adamantly reject) may actually serve as a cover for giving greed free reign within. Projection of tolerated sin within often takes the form of vocal distain for distinct but related sin without.

At the same time, believers can fall into the error of only focusing within--while neglecting to exercise right discernment about false teaching and sinful living without. It has sadly become common for many Christian leaders to downplay the need for discernment about false teaching and false living without under the guise of fostering humility and gentleness. The two are not diametrically opposed. The same apostles who called believers to foster Christlike humility and gentleness are the apostles who rejected the false teaching that threatened the church in the strongest possible language. Their tone in doing so was far from the soft and dismissive tone that so many parade today. If our tone about false teaching falls short of the tone of the Pauline epistles, 2 Peter and Jude, then we have failed to exercise biblical discernment. If we are so jaded by the vitriol of the "discernment bloggers" and the "gatekeepers of orthodoxy" that we ourselves fail to exercise biblical discernment in relation to false teaching, then we run the risk of opening ourselves and others up to the influence of falsehood. The saints need to be equipped to understand the dangers of false teaching, in order to avoid it and to help rescue others out of its destructive grip.

The gaining and exercising of biblical, Spirit-wrought, Christ-centered discernment will be advantageous to believers in a number of ways. In his Ligonier article, "What is Discernment?" Sinclair Ferguson sets out four benefits of exercising discernment:

"1. It acts as a means of protection, guarding us from being deceived spiritually. It protects us from being blown away by the winds of teaching that make central an element of the gospel that is peripheral or treat a particular application of Scripture as though it were Scripture’s central message.

2. Discernment also acts as an instrument of healing, when exercised in grace. I have known a small number of people whose ability to diagnose the spiritual needs of others has been remarkable. Such people seem able to penetrate into the heart issues someone else faces better than the person can do. Of course, this is in some ways a dangerous gift with which God has entrusted them. But when exercised in love, discernment can be the surgical scalpel in spiritual surgery that makes healing possible.

3. Again, discernment functions as a key to Christian freedom. The zealous but undiscerning Christian becomes enslaved—to others, to his own uneducated conscience, to an unbiblical pattern of life. Growth in discernment sets us free from such bondage, enabling us to distinguish practices that may be helpful in some circumstances from those that are mandated in all circumstances. But in another way, true discernment enables the free Christian to recognize that the exercise of freedom is not essential to the enjoyment of it.

4. Finally, discernment serves as a catalyst to spiritual development: “The mocker seeks wisdom and finds none, but knowledge comes easily to the discerning” (Prov. 14:6, NIV). Why? Because the discerning Christian goes to the heart of the matter. He knows something about everything, namely that all things have their common fountain in God. Increase in knowledge, therefore, does not lead to increased frustration, but to a deeper recognition of the harmony of all God’s works and words."2

We as individual believers, Christian families, and the gathered people of God desperately need to value and exercise discernment in our hearts, minds, and lives. May God give us the resolve and desire to cry out to Him for it, and to diligently search the Scriptures to gain it.