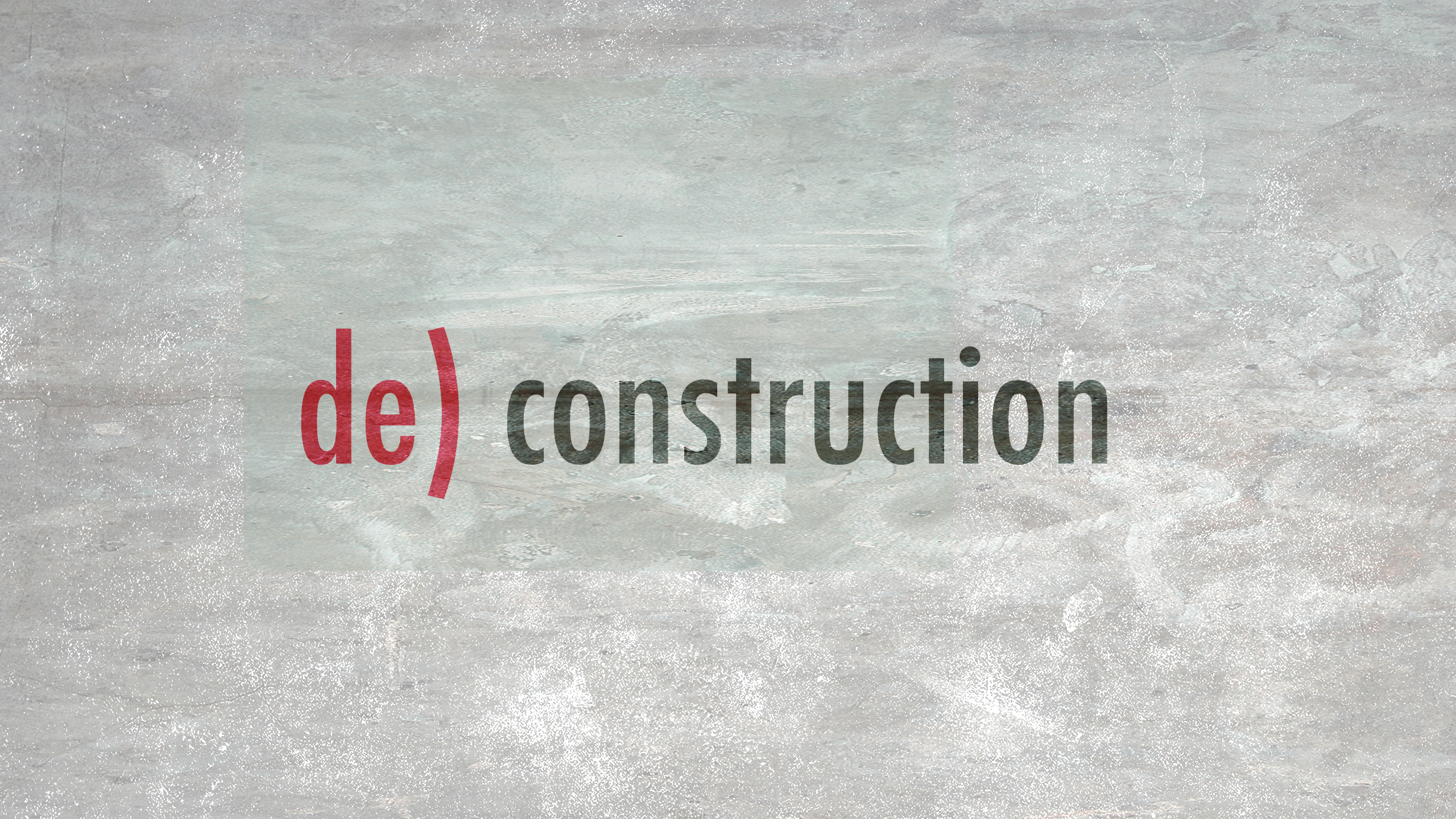 Conversations about deconstruction seem to be ubiquitous. Legion are the number of articles, social media links, sermon series, and videos dedicated to critiquing existing theological traditions, parachurch platforms, or public religious figures. While those engaging in this phenomenon have done so from several vantage points, two common approaches are taken by those leaving churches that teach historic Christian doctrine and ethics. Simply put, those approaches are exaggeration and ambiguity.

Exaggeration is a form of inductive hyperbole. It is an attempt to prove a sweeping generalization without sufficient evidence to back it up. People fall for exaggerated criticism because it stokes alarm and fear. Nothing works more powerfully on the minds and hearts of people than ungodly fear (2 Tim. 1:7). If someone can convince people that the ship is sinking, he can encourage them to jump off the ship. If he can make people think that there is no one left to help navigate the ecclesiastical storms, then he can convince them to follow him to safety.

To be sure, churches and their leadership are subject to critique. No one who has read the New Testament can fail to see how "judgment begins at the house of God" (1 Pet. 4:17). The Lord's all-searching eyes assess the spiritual condition of churches and its leaders. Given current debates, this means that wherever a church, denomination, or parachurch ministry legitimately excuses abuse, racism, or sexual sin, it should be exposed, repented of, and held accountable. This also means that whenever legitimate criticism of a church's theological tradition is called into question, it should only be done so in order to drive us deeper into the Scriptures to form clear and settled convictions. This is so rarely called for by those criticizing churches, denominations, and parachurch ministries that it leaves one with the impression that deconstruction from biblical Christianity rather than doctrinal clarity and reform is the end goal.

The exaggeration employed by Deconstructionists also diminishes the fact that each local church must be dealt with according to its own spiritual condition. One of the problematic aspects of social media is that it creates a single-issue conflated court of public opinion about "the Church" or about a particular denomination. Prominent voices calling for deconstruction make exaggerated blanket statements about "the church in America," "Evangelicalism," or "Big Eva." Whatever hot-button issue becomes the issue of the day, social media fosters a monolithic conversation that lacks measured reaction and theological nuance. To be sure, every local church, denomination, and parachurch ministry is subject to criticism. However, the exaggeration employed by Deconstructionists is meant to expose perceived deficiencies while clouding the good in the most sweeping manner possible. This, it seems to me, is so much a part of the momentum of the deconstructionist movement. This sort of approach undermines the true Spirit-wrought work that Christ has done among His people in various ecclesiastical fellowships and parachurch ministries.

Christ does not treat all visible churches as monolithic organizations. The Lord treats each of His local churches according to their individual conditions. Jesus' letters to the seven churches (Rev. 2–3) serve as prime examples of how the Lord critiques the spiritual life and health of individual local churches. G.K. Beale explains,

"The seven churches fall into three groups. The first and last are in danger of losing their very identity as a Christian church. Therefore, they are exhorted to repent in order to prevent their judgment and to inherit the promises that genuine faith deserves. The churches addressed in the three central letters have to varying degrees some who have remained faithful and others who are compromising with pagan culture. Among these Pergamum is in the best condition and Sardis is in the worst. These churches are exhorted to purge the elements of compromise from their midst in order to avert judgment on the compromisers (and probably also themselves) and to inherit the promises due those who overcome compromise. The second and sixth letters are written to churches which have proved themselves faithful and loyal to Christ’s 'name' even in the face of persecution from both Jews and pagans. Even though they are 'poor' and 'have little power,' they are encouraged to continue persevering as the “true Israel,” since more trials will confront them. They are to endure with the hope that they will inherit the promises of eternal salvation (both will receive a 'crown')."

The second approach taken by those advancing deconstruction is ambiguity. Having painted sweeping criticisms of a denomination or ministry on a blog or on Twitter threads, impassioned individuals gain enough of a following to catch the eye of a publishing company. The publisher thrives on public interest. Out of zeal to lead the charge in each social matter, the impassioned public voice writes a book critiquing some aspect of perceived injustice. According to the author(s), "the church" has not done a sufficient job speaking or writing out against said perceived injustice. A cursory reading of the critique reveals that the author(s) has resorted to both exaggeration and ambiguity. Minimal specific examples are given. Hardly any qualifications are made. Next to no clear solutions are offered. The deconstruction movement trades in ambiguity.

When we hear calls for deconstruction, we should ask the following pertinent questions:

"Is this individual calling me into a deeper study of God's word on this subject?

Is this criticism driving me into a deeper relationship with Jesus Christ, as the only Savior of sinners?

Is this a fair critique of a certain church, denomination, or ministry? Or is this criticism being unjustly applied to the scope of the object of criticism?

Where might there be exaggeration and ambiguity in the critiques being levelled at churches, denominations, and ministries?

How does the Lord approach the spiritual condition of His churches? Am I seeking to treat the church as the bride of Christ?

Am I reacting to historic Christian doctrine because I believe it is biblically deficient, or because I have bought into the conclusion that they must have been formulated in order to maintain abusive or oppressive control of others?"

In a day when many are being led away from the truth by the deconstruction movement, it is incumbent on us to ensure that we are not being deceived through exaggerated and ambiguous rhetoric. We have a dire need to saturate our minds and hearts with God's word so that we will be better prepared to offer valid criticisms and valid biblical solutions wherever they are needed. We must be ready to be critiqued and offer critique wherever it is needed. However, we must resist the urge to paint with too sweeping or too nebulous criticism. The end goal of our critique of a church or denomination is to help it be faithful to God, His word, and His people. If we love Christ and His Church, we will seek to do so for His glory and the good of the souls of His people, rather than abandoning the hope of the gospel to which we have been called.

The Water and the Blood

For Everything There is a Season