Cancelling the Weapons of "Cancel Culture" 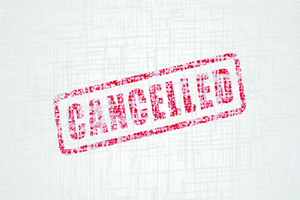 In recent years, our society has rapidly embraced what has come to be known as the "cancel culture." If someone has said or done something--at any point in his or her life--that cuts across the grain of the suppose moral rectitude of society, he or she is swiftly excoriated to the point of irremediable social ostracization. An immediate sentence is determined by the masses and pronounced on social media in order to ensure its execution. There is no mercy, no call to repentance, and no hope of restoration. In some cases, it's clearly right that certain figures are removed from positions of influence and power (think Harvey Weinstein). In other cases, it is beyond unacceptable that a young adult is falsely accused and pronounced guilty by media moguls on account of a soundbite video clip and has to resort to legal measures in order to salvage a now deeply marred reputation (think Nicholas Sandmann). The rashness and widespread nature of the execution is, in part, the thing that makes cancel culture so brutal. The bitter and self-righteous speech of those pronouncing judgment gives the unremitting banter a veneer of justice. This is what makes cancel culture such a powerful weapon; yet, I suggest, a weapon to be avoided by Christians.

It is obvious to all that 2020 has proven to be quite the revealing year for professing Christians. The way in which we deal with one another over our differences on conclusions about racial matters, masks, or governmental authority shows what is in our hearts. If you take to social media to publicly deride other believers (think John MacArthur) for taking a different stance than that you would have taken if you pastored a megachurch in California, you are fighting with the weapons of culture. Believers are free to disagree and have every right to express that disagreement. But biblical wisdom warns against adopting a vitriolic, derisive, or a censorious spirit (Gal. 6:1–3). Far too many believers seem oblivious to the fact that they have taken up the weapons of cancel culture when they disagree with some public Christian. I have often thought it amazing that when King Saul died in battle, David (who was fleeing from Saul for years) said, "Tell it not in Gath, publish it not in the streets of Ashkelon, lest the daughters of the Philistines rejoice, lest the daughters of the uncircumcised exult" (2 Sam. 1:20). What David said amounts to him saying, "Tell it not on MSNBC; publish it not in the New York Times, lest the unbelieving world rejoice over the people of God." David refused to allow God's appointed king (no matter what wrong he had done to David) to be publicly derided before the unbelieving world.

Jesus taught His disciples about the ethics of the Kingdom of God in the gospel of Matthew. On one occasion, Simon Peter asked Him how often he was to forgive his brother: "Lord, how often will my brother sin against me, and I forgive him? As many as seven times?” Jesus said to him, “I do not say to you seven times, but seventy-seven times" (Matt. 18:21–22). Peter seemed to admire his own supposed graciousness. He thought that he was going above and beyond by giving his brother six opportunities before he cancelled him. The One who had come to take the enormity of the sins of each of His people on Himself--in order to forgive them and cleanse them--responded by essentially saying, "Prepare to forgive him ad infinitum." In order to press this point home, Jesus taught the parable of the two debtors. Though one had been forgiven his debt, he dealt harshly with the one who owed him less than he had himself owed. The one who dealt harshly with his debtor, rather than forgiving his debt, showed that he never truly knew what it was to be forgiven of his own debts (18:23–35).

The Dutch theologian, Gerard Wisse once noted that a believer is capable of committing sins that even unbelievers cannot commit. Only a true disciple can deny his Redeemer as Peter did. A Judas could only betray Him. Likewise, true believers can act toward one another in grievously censorious ways, when they, of all people, ought to be most gracious and merciful--knowing that God has been gracious to them. A harsh and vitriolic spirit may appear virtuous in an outrage culture, but the Apostle Paul warned against dealing with a fellow believer who is ensnared in sin in any other way than a gentle spirit (Gal. 6:1). As Jesus also warned His disciples, "whatever measure they use, it will be measured to you" (Matt. 7:2).

To be sure, the Scripture teaches that if a professing believer is confronted with his or her sin and refuses to repent, they are to be subject to the process of church discipline (Matt. 18:15–20). The restoration of a fallen or backslidden believer is one of the main purposes of church discipline. If ostracization was the goal, then no process would be needed. The members of the church could simply cancel anyone who sinned and didn't repent to the whatever degree they believed that they should have repented. We have an example of such a censorious spirit in the only example of church discipline in Scripture. After putting the man who slept with his stepmother out of the church, the Apostle Paul charged the congregation in Corinth to receive and welcome him back after he repented (2 Cor. 2:5–11). Paul says that a refusal to affirm our love for such a believer is a tactic of Satan among the saints.

There is, however, the related but difficult issue of how Christians ought to respond to the defense of the institution of chattel slavery among many of our predecessors. It is no secret that Jonathan Edwards wrongly defended the institution of slavery. How should we response to these moral failings of our heroes of the faith? In 2013, John Piper gave several pastoral reflections on how we are to approach the flaws of church historical heroes. He wrote,

"Edwards’ failure here makes me pray for light in my life and in my day. What are my blind spots? What are my days’ and my church’s blind spots? What is the church blind to today — the things that in two hundred years, the godly will look back and say, “How could they possibly have done that or believed that or let that happen or gone that way?”

...Given how amazingly godly Edwards was, I do not presume that any level of sanctification I attain in this life means there is not something else to be ferreted out."

This is a right response of a regenerate heart. We should be quick to examine our own hearts when we hear about the failings of others. Addressing Edwards' influence, and the problem of his toleration of slavery, Kevin DeYoung suggests that discernment about the nature of the sin is essential in knowing how we ought to respond. He explains,

"For starters, we should be honest—candid about the faults of the good guys and forthright about the things the bad guys got right. More than that...we should distinguish between high places and high-handed sins. At the risk of offending everyone, my conviction is that slavery was a high place for Edwards, while racism was a high-handed sin for [R.L.] Dabney. Slavery hardly played any role—let alone a central role—in Edwards’s thought and ministry. While Dabney’s writings are often infused with racism and animated by a desire to defend slavery. Does that mean we can’t learn from Dabney’s theology? Of course not, but it means that I would not celebrate Dabney, like I would Edwards, as one of the great heroes of the faith."

This is not a blind or willful defense of Edwards. It is, however, to note that "we all stumble in many ways" (James 3:2). When we think of the sins of those who have gone before us, we ought to examine our own hearts and lives, and ask God to do so, that we might put to death the sin that so easily besets us (Rom. 8:13; Heb. 12:1–2). Considering the failures of other believers ought to encourage us to personally flee to the Savior. Scripture warns us to take heed to ourselves, if we think we stand. When we have an unhealthy fixation on the sins of others, we will begin to refuse to see our own sins. When we refuse to see our own sin, we will not go to Christ in repentance and faith. When we are not going to the Savior in repentance and grief over our own sins, we will become incapable of extending mercy and grace to those who need it.

While many other things could be said about the detrimental nature of the cancel culture, these are the things we should keep in mind: Believers are citizens of a spiritual kingdom, serve a spiritual King, follow a spiritual code of conduct, and fight with spiritual weapons (Eph. 6:10–20). So, let's commit to cancelling the weapons of cancel culture in our interactions with one another.