Augustine, Psalm 32, and the Grace of Justification 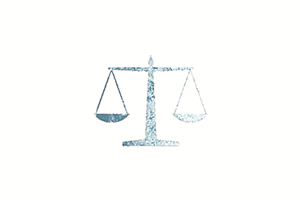 Lately, as I have been reading through Augustine's Expositions of the Psalms, I have been struck afresh by how central God's free, unmerited, saving grace in Christ is throughout his theology. Though he is not always clear about justification being a legal act on the part of God, Augustine, nevertheless, makes numerous statements about the acceptance of a sinner before the infinitely holy God––statements that sound as if they were written by Luther or Calvin. This should not surprise us, since––as B.B. Warfield once famously said––"It was Augustine who gave us the Reformation." Warfield explained this, when he wrote,

"For the Reformation, inwardly considered, was just the ultimate triumph of Augustine's doctrine of grace over Augustine's doctrine of the Church. This doctrine of grace came from Augustine's hands in its positive outline completely formulated: sinful man depends, for his recovery to good and to God, entirely on the free grace of God; this grace is therefore indispensable, prevenient, irresistible, indefectible; and being thus the free grace of God, must have lain in all the details of its conference and working in the intention of God from all eternity."1

Since the Apostle Paul cites Psalm 32 in Romans 4:6–7, we should expect to find clear statements about what one believes about justification from this Psalm. Augustine's opening comments shed light upon the fact that he believed that justification by grace and faith alone. He wrote,

"This is a psalm about God's grace and about our being justified by no merit whatsoever on our part, but only by the mercy of the Lord our God, which forestalls anything that we may do..."2

In his comments on the Apostle Paul's appeal to Abraham in Romans 4:1–4, Augustine wrote,

To make clear that he was not denying good works a place in the Christian life, Augustine took up the subject of the "seeming contradiction" between Paul and James--since both speak of Abraham, justification, faith, and works. Augustine explained how it was that Abraham offered up Isaac in order to demonstrate that he had a living faith. He wrote,

"That is a great work, but it preceded from faith. I have nothing but praise for the superstructure of action but I see the foundation of faith. I admire the good work as fruit, but I recognize that it springs from the root of faith...Put no reliance on works accomplished before faith. You know well that when faith came to you it found you a sinner, and although it was true that once faith came to you it made you righteous, it was an ungodly person that faith found...If the impious is justified...what good works could he or she have performed while still impious? An impious, ungodly person may boast about his good deeds, claiming, 'I give alms to the poor, I rob no one, I do not covet anyone else's wife, I kill nobody, I commit no fraud, I return everything promptly entrusted to me even though there were no witnesses.' ...Let the unbeliever say this. but I still ask, is the speaker a godly person, or impious?...You are impious and those works of yours are null and void."4

Augustine brought his discussion of this subject to a conclusion when he wrote,

"You have done nothing good, but forgiveness of your sins is granted to you. if your actions are scrutinized, they are all found to be bad. If God rewarded you just retribution for those actions, he would certainly condemn you, for the wages due to sin is death...[But] God does not mete out to you the punishment you deserve. He owed you retribution, he awards your forgiveness. So it is through being forgiven that you begin to live in faith...If you want to be excluded from the domain of grace, vaunt your own merits. But God sees what is in you, and knows what He owes to each."5

May we––as the Reformers before us––wholeheartedly embrace Augustine's teaching about the way in which "sinful man depends, for his recovery to good and to God, entirely on the free grace of God."

*Here is a sermon on Psalm 32 that I recently preached on the blessing of justification by faith alone.