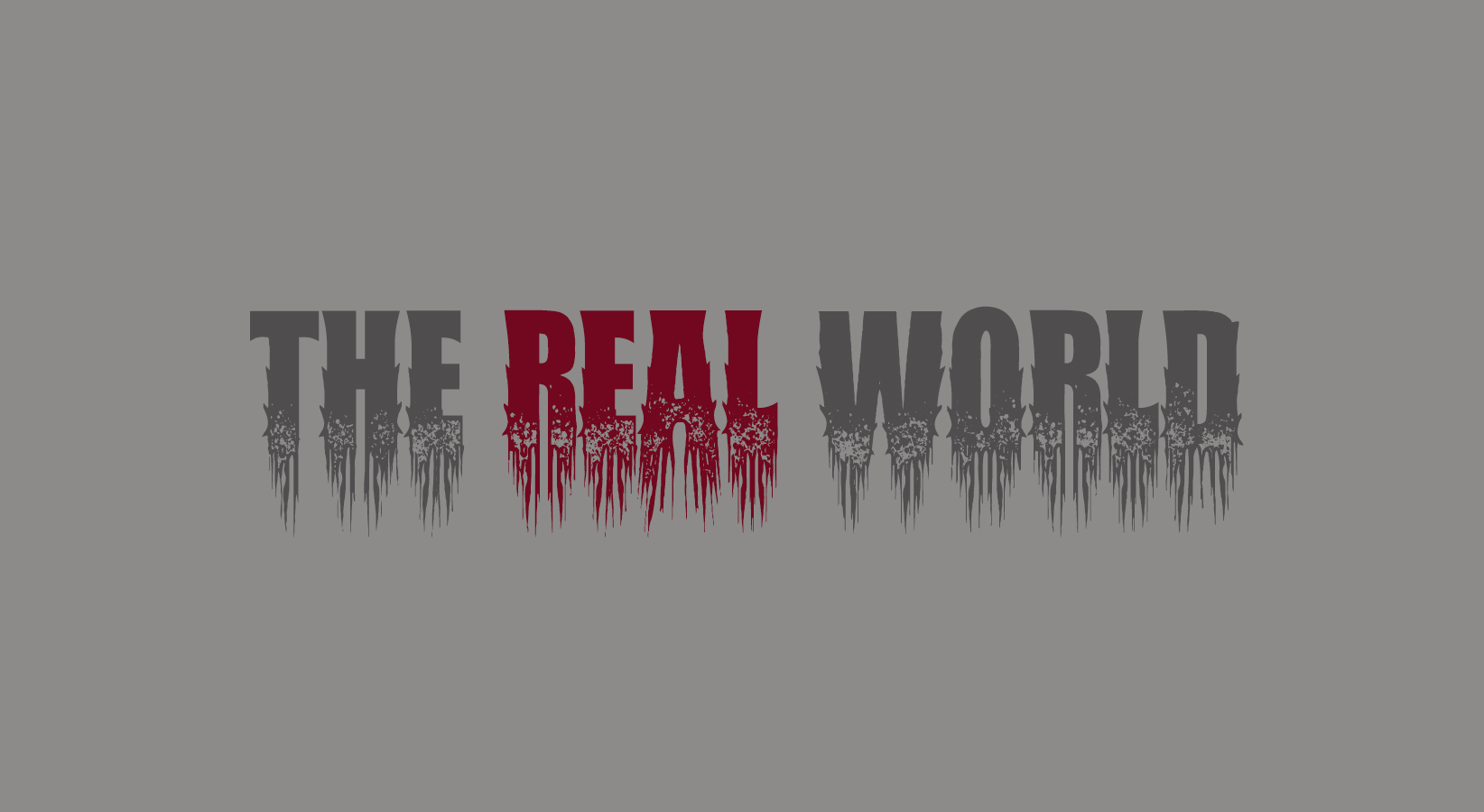 When I was a teenager, MTV aired a show called "The Real World." It ran from 1992 to 2017. It was a reality television show in which young adults lived together in a staged environment. They talked about sex, abortion, AIDS, religion, drugs, politics, and death. It was meant to stir the culture to have "real" conversations and live "real" lives. The only problem? None of it was truly real. It was staged. It was a manufactured, make-believe production stage. However, in many respects it fueled the fake world in which Westerners live on social media.

Many Westerners are incredibly myopic. Nearly 8 billion people inhabit this planet. Less than 500,000,000 of them live in the United States, Canada, and the United Kingdom combined. However, since a majority of the well-funded and influential academic institutions, organizations, and media outlets stem from these three countries, we have learned to live in our own cultural bubble. In so many countries on the face of this fallen world violence is par for the course, women and children are raped, men are regularly murdered by violent militia, water and natural resources are in seriously short supply, and governments police the lives of the citizens. Recent events in Afghanistan should serve to open the eyes of those who think their Twitter battles over intersectionality are the real battles needing to be fought. While the Western world busies itself with debates over gender pronouns, the rest of the world rages on.

While things like gender debates rage on in the make believe world of Western social media (with Christians being excoriated for their views on male headship in the home and church), the Taliban takeover of Afghanistan reminds us that there is an Islamic patriarchy that makes "dishwashing" debates look like something akin to kindergarteners yelling at each other on the playground during recess. Women and children are begging to be rescued from Afghanistan. This is in no way whatsoever meant to downplay the real evil of real abuse in our own country. Real evil needs to be fought wherever it appears. However, we must also come to terms with the fact that many are not living in the real world when they rant about how often a Christian husband should be washing and folding the laundry. My friend and fellow PCA pastor Alton Hardy offered some reflections on this matter. He wrote,

"This is the difference between real Christian men of God versus men who are unregenerate and breed death and mayhem wherever they go:

Notice how women and children are helpless in the face of men who do not hold to the teachings of Ephesians 5:21-32. What religion do these Taliban men espouse? Their god allows for them to rape women and kill without mercy. Millennials pay attention to what is happening in this situation in Afghanistan and see real evil on display. There will be no mercy and no reconciliation. There will be no other view to be held. You will not be able to choose your gender or live contrary to the dominant religious ideology. You either submit or physically die. Under this ideology, men rule with brute force, there is no room for any kind of feminist debate or conversation.

Many have been taught to hate America values of freedom, capitalism, democracy and the notion to be whatever you desire to pursue. The [Afghan] people are trying to leave their country of birth so that they will have freedom of choices. Women are basically nonhuman and only available to meet the needs of unregenerate and lustful men.

It will take real men somewhere in this story that is unfolding, in order to reclaim that country. If not, then it will be what it will be. War is brutal and men have been engaging in it since the beginning of time. It will be a battle of the wills to break men like the Taliban. . ."

We had better wake up to the real world in which we live. There are realities in North Korea, Afghanistan, Somalia, Libya, Pakistan, Eritrea, Yemen, Iran (the list goes on and on) that would leave you terrified every single day of your life. The sad reality is that while many potificate over fabricated evils on social media in the Western world, the better part of those enduring extreme suffering in the Middle East, North Korea, and Africa never get a voice on social media. Most of what we rant about in our bubble is child's play compared to the real evils of a fallen world.

When we do come to recognize the real world in which we live, we will be more inclined to spend our time and energy praying for those who live in countries very much unlike America. We will commit ourselves to telling others about the One who came into this dark and fallen world to die at the hands of brutal men in order to redeem sinners. We will be eager to see the grace of the Lord Jesus Christ operative in our lives and in the lives of those around us. We will expend our time, prayers, and resources seeking to fuel world missions. America has long had the unique opportunity to send missionaries into the real world for the conversion of the nations.

In 1988, J.I. Packer delivered a lecture titled, "The Christian and God's World: The Battle for America's Soul." He wrote:

"I see the United States as having at this time a unique role in the world at both levels of Divine operation. . .What it boils down to is, that among the larger nations, only the United States has both the manpower and the money to sustain Evangelical world mission for the next generation, and this gives America an uniquely important role in the global strategy of the kingdom of God at the present time."

While I praise God that He put me in the freest nation in the history of the world, I also recognize that I belong to a greater nation–a nation that transcends time and geographical boundaries. As Christians, we must always remember that we belong to a greater spiritual nation made up of brothers and sisters in Afghanistan, China, North Korea, England, Germany, Iran, Ghana, Morocco, Mexico, Brazil, Australia, etc. After all, we will eternally be a chosen nation of believers from every tongue, tribe and people. Our citizenship is in heaven, from which we eagerly wait for the Savior--the Lord Jesus Christ. If you are savingly united to Jesus Christ, that is the realest world in which you live.