Meant to be Astonished 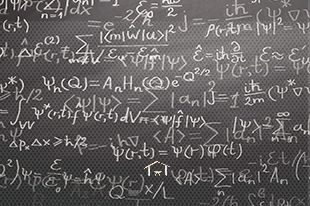 The mystery of the incarnation of the eternal Son of God in the womb of the virgin Mary is a prime example of the way in which God does His mightiest works out of the sight of men. Just as He created the Universe by the word of His power out of the sight of men, God carries on His works of providence and redemption in secret. There is an imperceptibility to the works of God, that both serves to frustrate the wise and astonish the believing.

Sinclair Ferguson once explained the mystery of God's working in the secret, when he said,

"We are meant to be staggered...We tend to pride ourselves that we know this so well; and we say, 'It doesn't stagger me that He was virgin-born.' It staggered Joseph that He was virgin-born. It staggered Mary that He was virgin-born. 'She pondered these things.' It staggered Matthew; and, it ought to stagger us. We ought to understand that this is a singularity in the history of the universe, that this is unique, because this is Emmanuel--this is God entering our world. Of course, God has been present working in history, governing history; but what happens here is that He actually becomes part of history. And, if I may say so, He becomes the tiniest part of history--the One who threw the stars into their places, who created the vast cosmos is coming into the womb of the virgin Mary through the secret work of the Holy Spirit, in the sheer tininess of embryonic form, in the total dependence on His humanity upon His mother, in the long months in the fetal position; and then coming forth from His mother's womb in a cave, back of a house; this is the mystery of the incarnation; this is the supernatural work of God. And yet, we understand as Christian believers that this--the great miracle--is simply all of a piece with the first miracle. What was the first miracle? Creation out of nothing! Creation out of absolutely nothing--this world, people, the planets, the stars, everything, designed from the immensity and brilliance of the mind of our Lord Jesus Christ and then brought into being by through His powerful word. He who creates cosmos out of nothing is well able, in the mystery of His purposes, to give His Son, into our world, by means of conception in the womb of a virgin.

You'd like to be able to explain it, wouldn't you? Do you think if God explained how He did this, your mind would be capacious enough to take it in? Or do you think if He gave the scientific formula for creation out of nothing you'd be able to say, 'You know, I think I worked that out for myself already?' No, my dear friends. If God was to speak the language and the mathematics and the physics that was necessary to express creation out of nothing and virginal conception our minds would seek to expand to their limit to take it in until we reach the point that we said, 'I'm sorry that I asked the question. I am just a man or a woman, a boy or a girl. This is too great for me!' And you see, that's the point that we come to recognize that here is the difference between the believer and the unbeliever. That's the point where the believer is content to say, 'You are God and I am not, and I'm content that it should be that way.' Whereas the unbeliever will say, with Friedrich Nietzsche, 'If there is a God who can do such things, how can I bear not to be that God; and so I will not believe.' Yes, it is an amazing, supernatural miracle; but like God's great works--creation, incarnation, crucifixion, resurrection--done safe from men's prying eyes. He brings light out of darkness. He brings His Son into the dark womb of a virgin."

In the same way, God often does His works of providence and the application of redemption safe from the prying eyes of man. When Job reflected on the mystery of God's sovereignty over natural disasters, he declared, "Behold, these are but the outskirts of his ways, and how small a whisper do we hear of him! But the thunder of his power who can understand" (Job 26:14). In his discussion with Nicodemus, Jesus explained the mysterious way in which God regenerates sinners under the figure of the wind blowing silently in every direction, with no one knowing where it came from or where it is going (John 3:8). And the Apostle Paul summarized the mystery of the way in which God redeems Jews and Gentiles in Christ, when he says, "Oh, the depth of the riches and wisdom and knowledge of God! How unsearchable are his judgments and how inscrutable his ways" (Rom. 11:33)! All of these things are meant to astonish us.

As we reflect anew on the mystery of the incarnate Son of God in the womb of the virgin Mary, may God grant us a newfound sense of wonder and astonishment. In the same way, as we reflect on His providential works in the world and His redemptive work in our lives, may we humble ourselves before His majestic throne--praising Him for all that He has done and is doing safe from the prying eyes of men. After all, we are meant to be astonished.