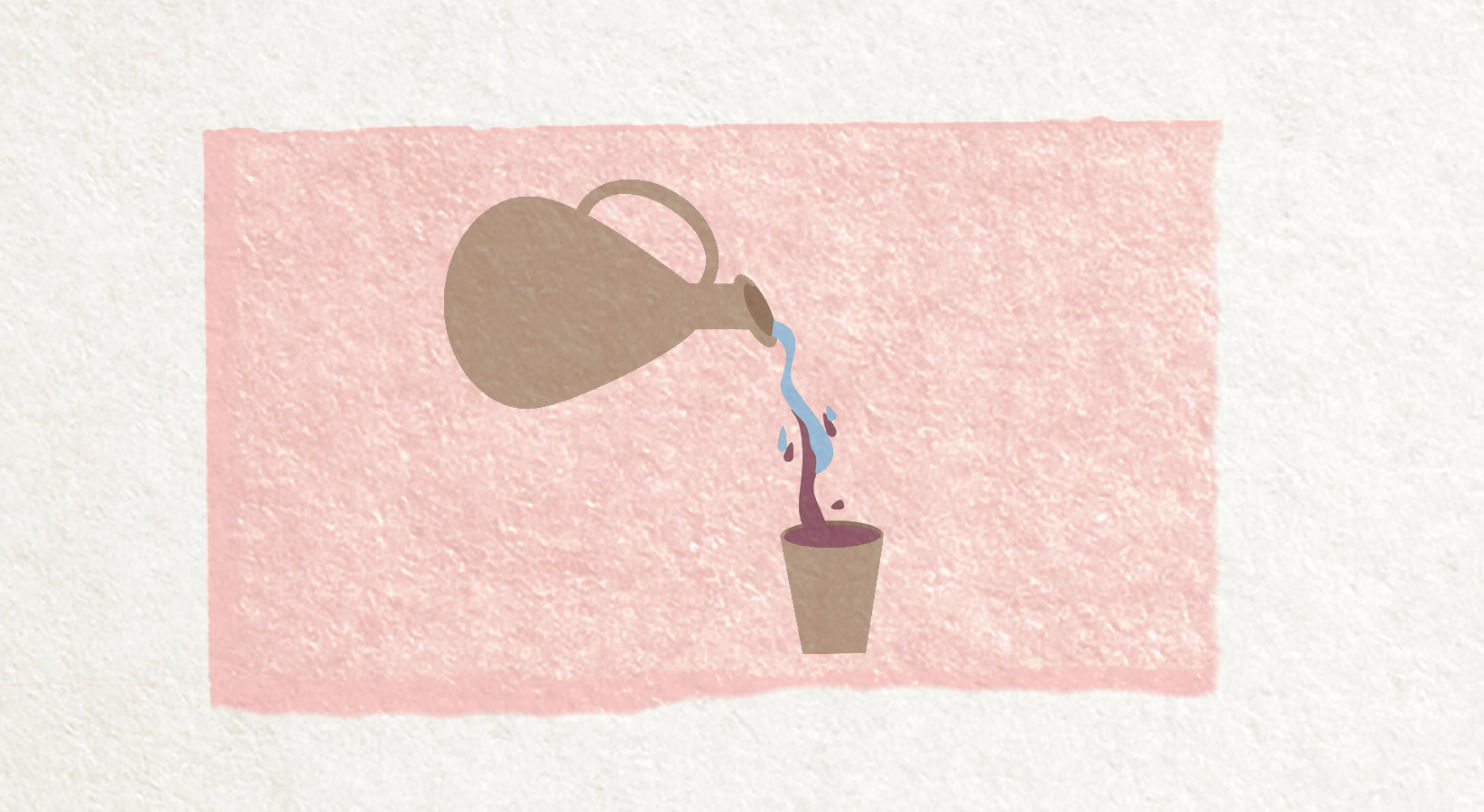 Jesus' first miracle–the turning of water into wine at the wedding feast in Cana of Galilee (John 2:1–11)–is one of the most wonderful biblical truths. Endless pages have been written on this passage (many of which miss the point entirely by fixating on the nature of the wine). However, a right understanding of this passage presents us with a world of riches about the glory of Christ for the spiritual wellbeing of our souls. Consider the following:

First, the beginning of Jesus' miracles was a "sign." John presents us with seven signs in the first half of this gospel (i.e., the water turned to wine, the healing of the sick in two different regions, the multiplying of the loaves, Jesus’ walking on water, the healing of the blind man, and the raising of Lazarus). They are not simply miracles that demonstrate the powerful working of God. They are signs which involve a miraculous element to bring some aspect of Jesus' person and work vividly before us.

The first of Jesus' signs was not a miracle of healing. This is no small point. Jesus did not come into the world to heal every one of their diseases. Surely, He healed many to show that ultimately, He is the One who has power over sickness and health, and over life and death. Jesus' saving work on the cross will ultimately result in victory over the miseries of life for all for whom He died--even over death itself in the resurrection on the last day. However, Jesus did not come into the world to cure everyone of thier physical maladies in the here and now. This is why Jesus' first miraculous sign was not a miracle of healing. Rather, it was a miracle of His divine power over nature itself.

Second, the turning of water into wine has a rich redemptive-historical background to it. Jesus is the true and greater Moses. When God called Moses to demonstrate His power in the presence of Pharaoh, He had Moses turn the water of the Nile into blood. Often in Scripture, God worked with water to bring about blessing or judgment. At creation, God brought blessing out of the dark waters that covered the face of the earth. At the flood, He destroyed the wicked world by covering over the earth with the same waters out of which He had brought blessing. At the same time, he delivered His people through the waters of judgment in the Ark. As Jonathan Edwards explained his History of the Work of Redemption,

"That water which washed away the filth of the world, that cleared the world of wicked men, was a type of the blood of Christ, that takes away the sin of the world. That water which delivered Noah and his sons from their enemies, is a type of the blood that delivers God's church from their sins, their worst enemies. That water which was so plentiful and abundant, that it filled the world, and reached above the tops of the highest mountains, was a type of that blood, which is sufficient for the whole world; sufficient to bury the highest mountains of sin. The ark, that was the refuge and hiding-place of the church in this time of storm and flood, was a type of Christ, the true hiding-place of the church from the storms and floods of God's wrath."

The miracle of Moses turning the waters of the Nile into blood was also a type of the principle of judgment and salvation. It not only showed God's power over the false gods of Egypt and took away life sustaining resources–it was a prediction of the judgment that would fall on the Egyptians when they would be destroyed by the waters of the Red Sea and the deliverance of God's people. Again, Edwards explained,

"When Pharaoh and his hosts, and Satan by them, pursued the people, Christ overthrew them in the Red sea; the Lord triumphed gloriously; the horse and his rider he cast into the sea, and there they slept their sleep, and never followed the children of Israel anymore. The Red sea represented Christ's blood, because the apostle compares the children of Israel's passage through the Red sea to baptism, 1 Cor. 10:1, 2.—But we all know that the water of baptism represents Christ's blood."

There is also a principle of new creation in the first miraculous sign miracle of Jesus. In this chapter, Jesus gives a sign of new wine, and speaks of a new temple. in the next chapter, He speaks of the new birth. And in the following chapter, He alludes to the new water. Jesus came to make all things new. Interestingly, John only notes 7 days in the ministry of Jesus (beginning in John 1:1 and concluding at this wedding feast). This is meant to show that Jesus came to bring about the new creation through His sufferings. The juxtaposition of the empty water pots and the turning of water to wine is equally instructive of the principle of new creation. The water pots, John tells us, were for the purification of the Jews. This is reflective of the emptiness of the old Judaic ritualistic practices that could never produce newness of life and spiritual joy. When Jesus turns 180 gallons of water into wine, He does so to indicate that He has come into the world to bring about that newness of life and spiritual joy. This is also why He refers to His "hour" at the wedding in Cana of Galilee. Everything is moving to the fulfillment of all things in the death of Jesus on the cross.

Jesus is also standing as the "Seed of the woman" (Gen. 3:15) at the wedding feast in Cana of Galilee. When He addresses His mother as "woman," He is not simply using a general designation to distance Himself from her. He is certainly teaching her that she needs Him as her Savior; but He ties the way He addresses her to His saving work, when He speaks of His "hour." Everywhere in John's gospel, Jesus' "hour" refers to His suffering. With the first sign in Cana, with His addressing His mother as "woman," and with His reference to His "hour," Jesus was explaining that He was the long-awaited "Seed of the woman" who came to bring the redemptive blessings of God.

At the wedding feast, Jesus stands as the Bridegroom of His Church. We don't know who the bride or the bridegroom at this wedding were, because all eyes are on Jesus. In the subsequent chapter, we learn that John the Baptist understood this principle. John spoke of Jesus as the Bridegroom and of himself as the friend of the Bridegroom (John 3:29). John will pick up on this theme in the book of Revelation too. Jesus is the glorious Bridegroom of His church, who came to wed Himself to His people. He came to lay down His life for His Bride. Jesus comes to feast with His people as the Bridegroom of their souls. Human history will end with the marriage feast of the Lamb (Revelation 19:7-10). This is a significant reason why Jesus' first miraculous sign was at a wedding feast.

Finally, this first of Jesus' signs was meant to produce saving faith in those who saw it. We learn this is verse 11. John tells us, "This, the first of his signs, Jesus did at Cana in Galilee, and manifested his glory. And his disciples believed in him." The goal of all of Jesus' miraculous signs is that men and women would come to saving faith in Him. It is not meant to just surprise us with a sense of His power. It is meant to draw us to Him for the salvation that He freely provides. We need to have a true spiritual sight of the glory of Jesus if we are ever going to come to believe in Him. This sign, no less than His last sign (His own resurrection from the dead), are given to us by God so that we would believe in Jesus Christ.

When we consider all the depths and riches of the details and redemptive-historical background of Jesus' first miraculous sign, we are encouraged to believe in Him for spiritual renewal and joy. As the greater Moses, the Seed of the woman, and the Bridegroom of His Church, Jesus came to bring the life-giving blessings of redemption. He came to make all things new. May we know afresh the blessed realities of Jesus' first sign at the wedding feast in Cana of Galilee.